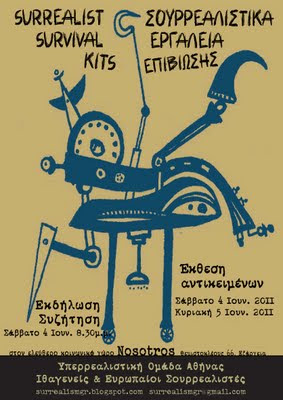 [1] Penelope Rosemont, “A Revolution in the Way We Think and Feel – Conversations with Leonora Carrington”, in Ron Sakolsky (ed.), Surrealist Subversions: Rants, Writings and Images by the Surrealist Movement in the United States, New York: Autonomedia, 2002, pp. 184-190.

The most fervent hope in the depths of despair

“Never before has zero given rise to such optimism.”

[translation of an advertising slogan for Piraeus Bank]

The machines reproducing the annihilated Real work nonstop: they lull us to sleep at night, sing to us when the sun rises, shake us when the sun reaches its zenith, then plunge us into the sea of their tangled cables when dusk once more sets in. No longer is objective reality merely poor, inadequate, “trifling,” as André Breton once put it. Rather, it tends to become literally nightmarish: a theatrical stage where, with every passing second, a demoniac prompter announces the next destruction, presenting it as a necessary development in a plot that is as meaningful as the balance of a company under liquidation. There is no horizon in sight, either before us or behind us: this is what is announced to us, incessantly, by microphones, editorials, whispers, official communiqués. The past is constructed as a recurrent fatal error; the future as the compulsory extension, without the slightest deviation, of a present controlled by the fixed achievement indicators of a total adjustment. The eternal present explodes in the screen’s light-emitting diodes.

In such a dystopian reality, where seemingly not a crack has remained on the mirror of the present to allow the entrance of the sparks from the ambivalent unfolding on the future, life is reduced to a struggle for survival. We must find a way to wake up the next morning, to construct those essential tools that will help us make it through yet another day, another month, another year. After all, the machines of political economy also cater for this problem pertaining to the “management of human resources”, which otherwise specializes in personal, silent despair. The dietetics of the body’s submission to the rhythm of its productive use includes a number of techniques for temporary oblivion, hourly diversion, daily reinvigoration and nightly diffusion into the glittering Zero of “going out with friends”, which has nothing to do either with the outside or with friendship, being the fervent flight towards the neon entrails of the utterly commercialized world. Methodical reduction of life to the capital-relation: the lifestyle, which includes an infinity of lifestyles, which constitutes literally the last word of all possible lifestyles, those already existent and those remaining to be invented. Once, philosophers struggled to indicate the appropriate means for self-care; now, advertisers propose handy solutions for the renewal of self-consumption, of the identification of each being, unrepeatable in its uniqueness, as one vehicle (common in its nonentity) of purchase power, as a factor of the multiplication of capital, of the accumulable, mortified work. The problem, however, is that advertisers do not lie; they speak the truth: the naked king dances merrily over the corpses, yet almost none of those present rises to leave this appalling ritual, for almost no one hopes that something else may really exist, other than the king’s bloody dance and his flagrant nakedness.

Navigation manuals are provided by intellectual leaders and artists as well, often as an expression of miserabilism. Can plastic imagination function as an antidote to everyday poison? Might it reveal rays of light where everything appears to crumble into the impervious abyss of the indicators of financial stability? And, if seen from another angle, indeed from the one that today appears to reign over all the others, painting, the exercise of imagination, dreaming, the desire for objects that do not as yet exist — are these not an unforgivable luxury in our present times? The dominant cynicism may prove tolerant towards those kinds of ventures, on condition that these involve artists and manifestations that operate within the delimited territory of art as an autonomous sphere of public life, or, more accurately, as a separate branch of capitalist production. Within the limits of this sphere, survival can only ever be evoked either as an ideal escape that quenches with salt the thirst for a real escape from that which exists, or as an admission, an aesthetic affirmation of the present misery. It would obviously be unfair to devalue the importance of creative imagination, even when encaged within the realm of aesthetic forms. Yet it is crucial to insist upon the knot that must here be cut: as long as objective reality is not questioned radically, not placed at the point of the temporal/critical sword as it really is, namely as null, any proposal for survival will end up being no more than a stratagem for readjustment in a world that crashes, controls and subdues life itself.

Surrealism, the committed and collective search for the surreal, that is, for the field of real possibilities that have been repelled, or that have yet to be discovered, lurking as they are in the recesses of lived experience, has always been, and still is, an international movement for the change of the world, and of life. It has always sought, by setting its symbolic wheel in movement, to open up a space for the negation of this world, and this life, for the systematic undermining of all definitive claims in favor of “things as they are,” which fix humans to a present of exploitation and oppression. Its international character was and is crucial precisely because the existing social production of time and space itself, which limits lived experience to the historicity of nations and the enclosures of states, could not have remained unchallenged. Its status as a movement was and is essential for collective action to tend towards the active questioning of all those divisions that reproduce the dominant social relations as the only human relations imaginable, as well as the “best possible”: above all, of the division between producers and consumers of subjective creative expression. Bearing the indelible marks of the age that gave rise to it (that of the horrors at the trenches of the First World War and of the hopes blooming at the barricades of Petrograd and Berlin), surrealism never ceased, even at times of relative calm and financial growth, to expose the poverty, the insignificance, as well as the destructive potential of objective reality under the capital-relation; not in order to propound an uncritical recourse to the Ideal, nor to reinforce a feeling of aversion towards worldly things and the concomitant isolation in the innermost depths of pure Ego.

Neither Messianism nor asceticism: the action of surrealist groups the world over is a contribution to the international social revolution, to the emergence of the world-that-is-to-come, of life that struggles for its emancipation. And life, even today, when objective reality is structured like a nightmare, keeps struggling for its emancipation. Life is elsewhere: on the streets of common fights, where no shed blood dries up indifferently, on the windows which, against all forecasts, we persist in opening, in the acts of everyday disobedience or solidarity, in unpredicted encounters, in the transports of love or the illuminations of merciless black humor, when the mirror of the present cracks, and cannot but crack, since the present is undermined, indeed more than ever before, by the very contradictions and absurdities that gave rise to it.

From such a perspective, survival should not be grasped as the rescue of existence under the present conditions; no more so than it may be seen as a restoration to life as it was before the outbreak of the crisis. To survive means to live differently, to trace escape routes from that which exists. If today the narrative of capitalist progress is collapsing, along with the sense of safety harbored in the course of the preceding years by those of us who happened to live in the “zones of prosperity” of the developed capitalist countries regarding our lives’ outcomes, it is we who must now invent a narrative of exiting the capitalist barbarity now exposed to us in all its nudity, beside us, around us, everywhere, from Fukushima to Wisconsin. If work assumes, without any pretexts, the form of a brutal enslavement, if the dominance of the capital manifests itself as it really is, as the dominance of dead, objectified, accumulated work over living work (that is, over the creativity of the working bodies), we must claim work as a game, by trying to exercise and sharpen our ability to transform the objects to which we relate into hieroglyphics of desire. If finance, rather than being a hospitable playground as asserted for so many years by champions of enterprise, becomes a shooting range, we must display even more serious symptoms of counterproductive (according to their criteria) behavior, engage in projects aiming at the self-management of everyday life, announcing the future community of autonomous humans, proving that its possibility is a real one. If today art appears to be the bosses’ luxury and the redeemable intermission (before and after the ads) of proletarians, we must bring to light the most curious specimens of magic art, an art that opposes the cultural industry, that never abandons the fluid totality of life, that records, ignites, releases the creativity of living work beyond moral or aesthetic prejudices, without ever being reduced to a pawn for use in political or financial planning. If the numbers to which every social activity is reduced do not add up, we must throw all balances in the garbage bin; we must defend and develop further every activity that violates the principle of efficiency, and that, on the other hand, reinforces our ability to love, to dream, to persist in what attracts us, to let our bodies be distracted and thereby discover its own potential. Our survival from destruction presupposes that we do not allow the survival of those social relations that reproduce destruction as normality.

In the current circumstances, resistance is not scarce. What appears to be missing, or to be at present dramatically powerless, is the hope for another life. The “surrealist survival kits,” evoked for the first time some two decades ago by Leonora Carrington in her discussions with Penelope Rosemont, aim at reigniting this very hope: “The purpose of these kits is to offset the destructive facts of daily life, to pull us through the hardest times, to reawaken our sense of wonder and to renew our capacity for revery and revolt.”[1] These are collections of poetic, magical, oneiric objects that function symbolically, as indicators of our capacity for overcoming the limits of our individual substance in the direction of total emancipation. The production of such “survival kits” does not, of course, constitute a proposition that antagonizes other, more traditional, forms of developing a revolutionary consciousness. It is not the sole, or even the main, route for the reinvention of hope. The social struggles unfolding today, the victorious revolts that have already forced lifelong presidents to take their leave on helicopters, are the foremost events that will make us define anew what we can do and what is worth hoping for. Engagement in the surrealist adventure promises nothing more than the radicalization of the subjective potential for revolution, by mobilizing the multiplicity of the human aesthetic, intellectual and emotive forces towards the change of the world and of life, combining the exaltation of collective struggle with the agitation experienced by each one of us when abandoned to her or his abysses.

[1] Penelope Rosemont, “A Revolution in the Way We Think and Feel – Conversations with Leonora Carrington”, in Ron Sakolsky (ed.), Surrealist Subversions: Rants, Writings and Images by the Surrealist Movement in the United States, New York: Autonomedia, 2002, p. 190. 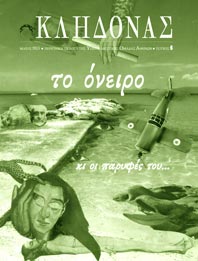 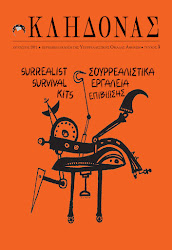 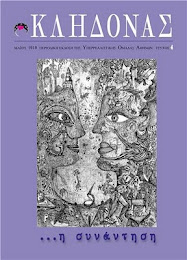 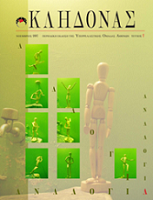 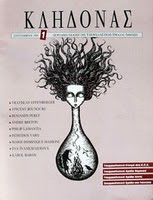